When a round starts, two people are Wrestlers and a third person is the Producer. Everyone else is the Audience. Each Wrestler draws one Name card from each of the two Name card decks. This is their wrestling persona. 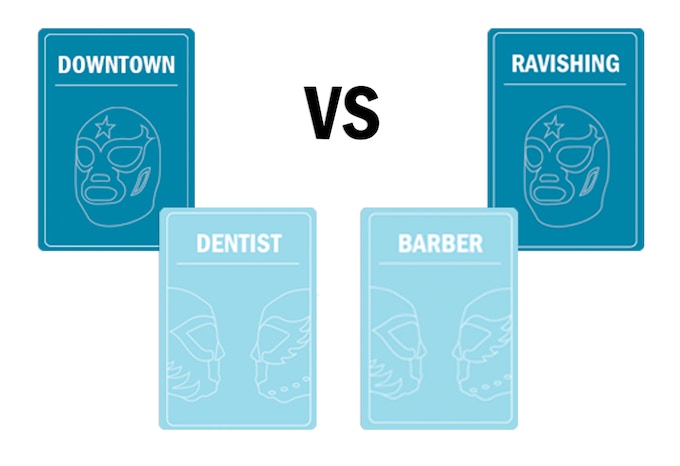 The Producer then draws a Segment card from the Segment card deck. This tells the Wrestlers where they are and what they are fighting about. 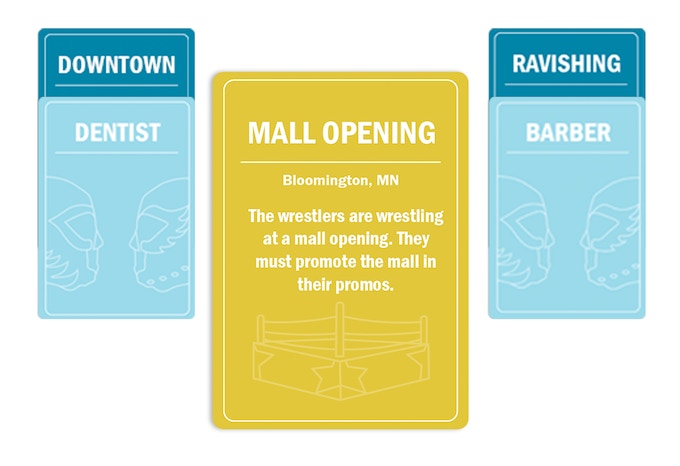 Each Wrestler has 45 seconds to cut their promo. After which, the Audience votes for the victor. If only three people are playing, the Producer decides.

Will you reign supreme as the Sultan of Smack?